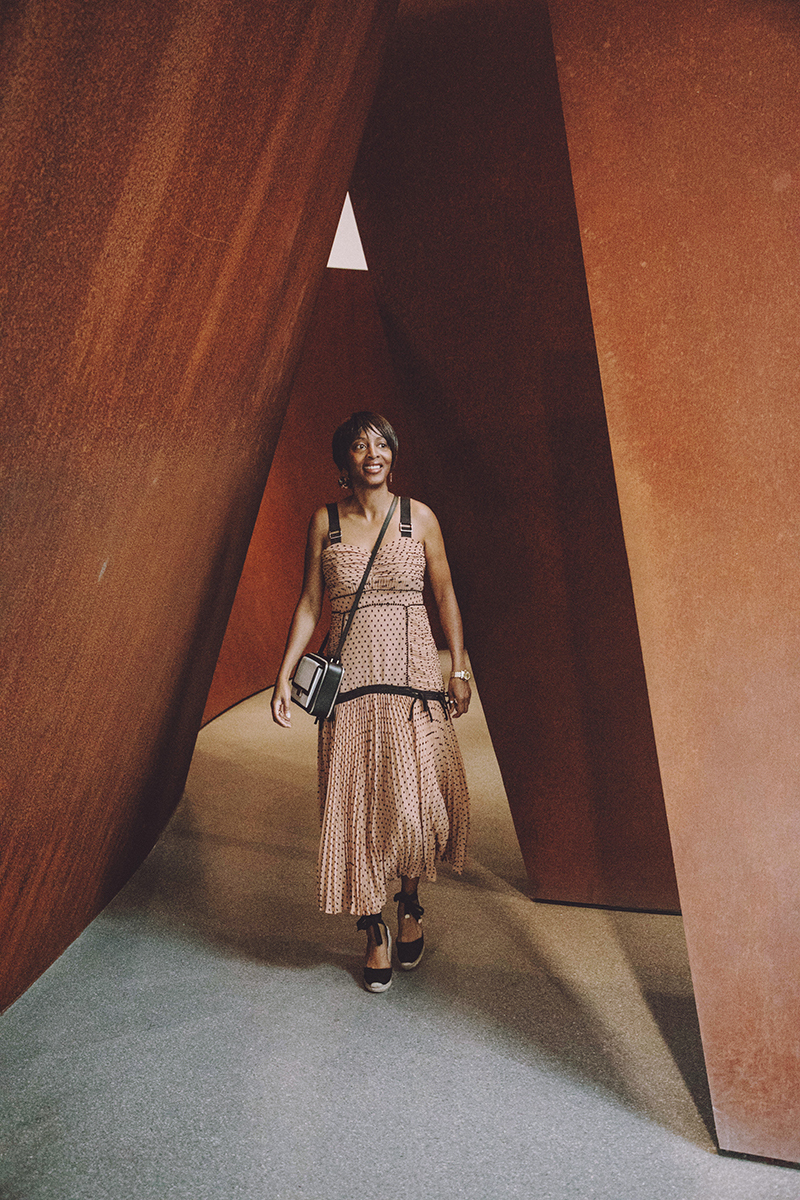 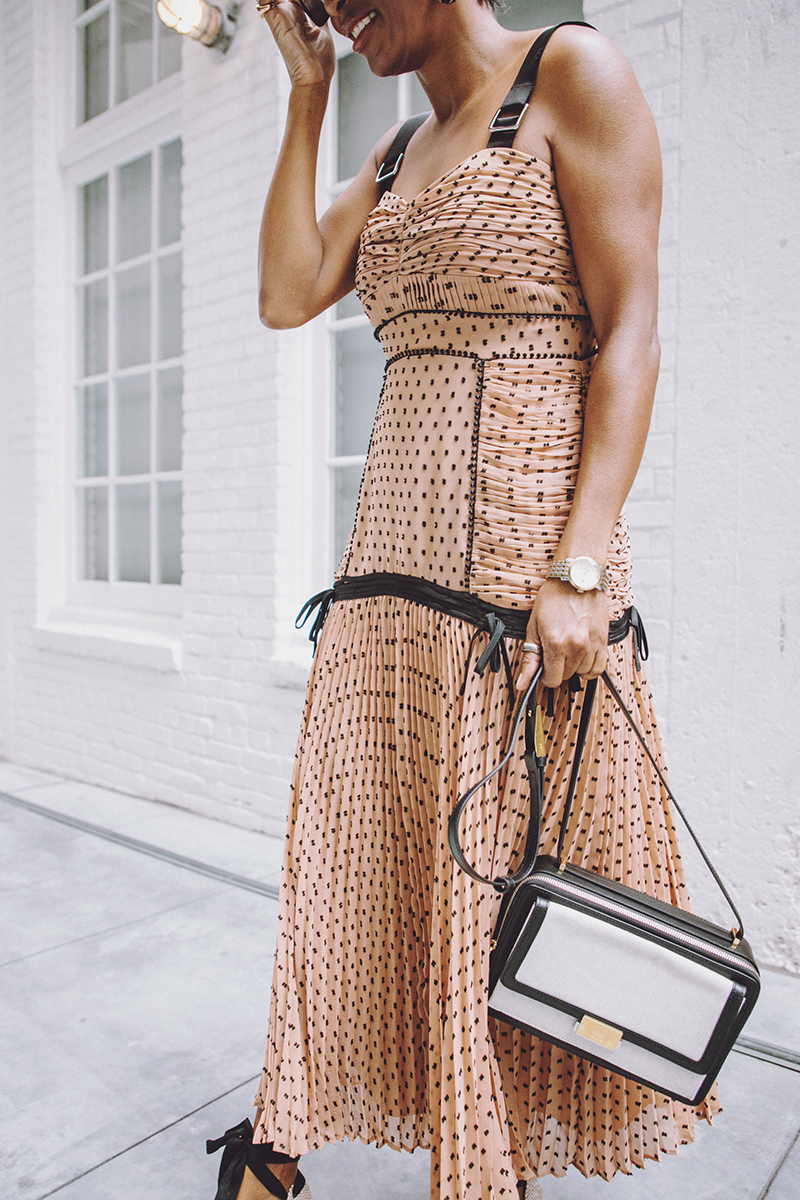 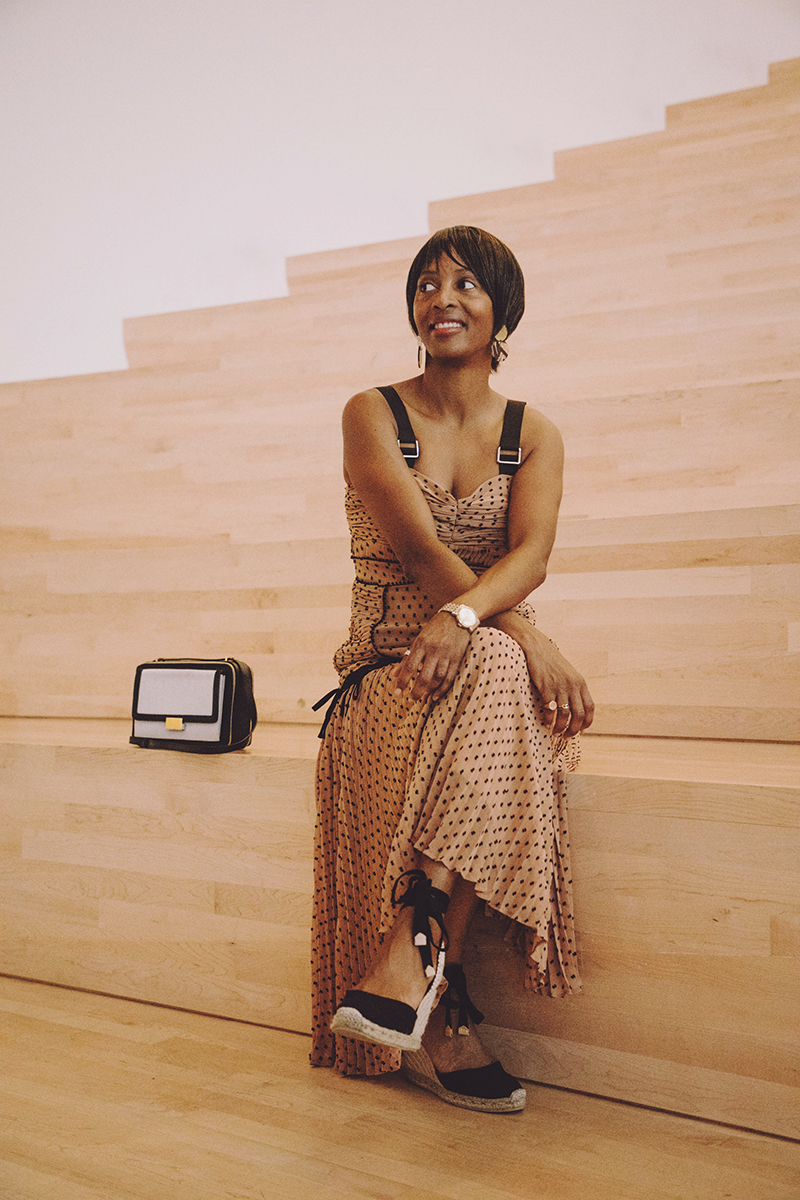 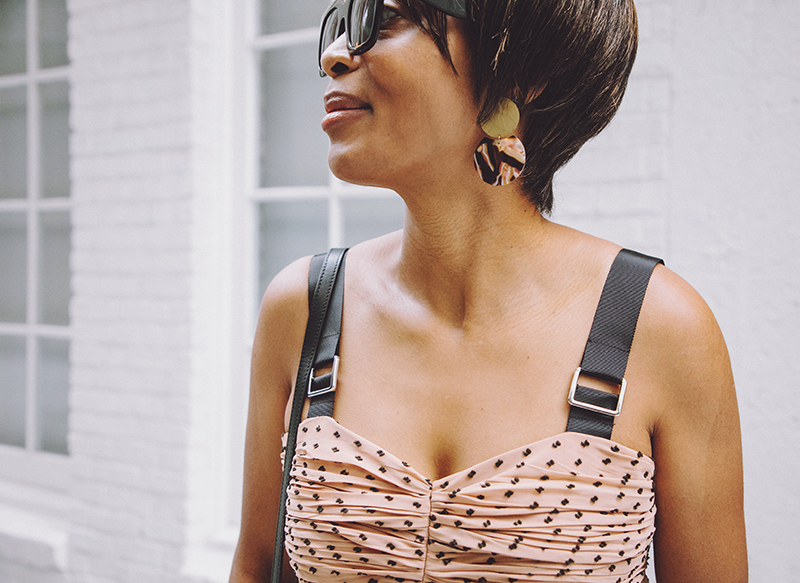 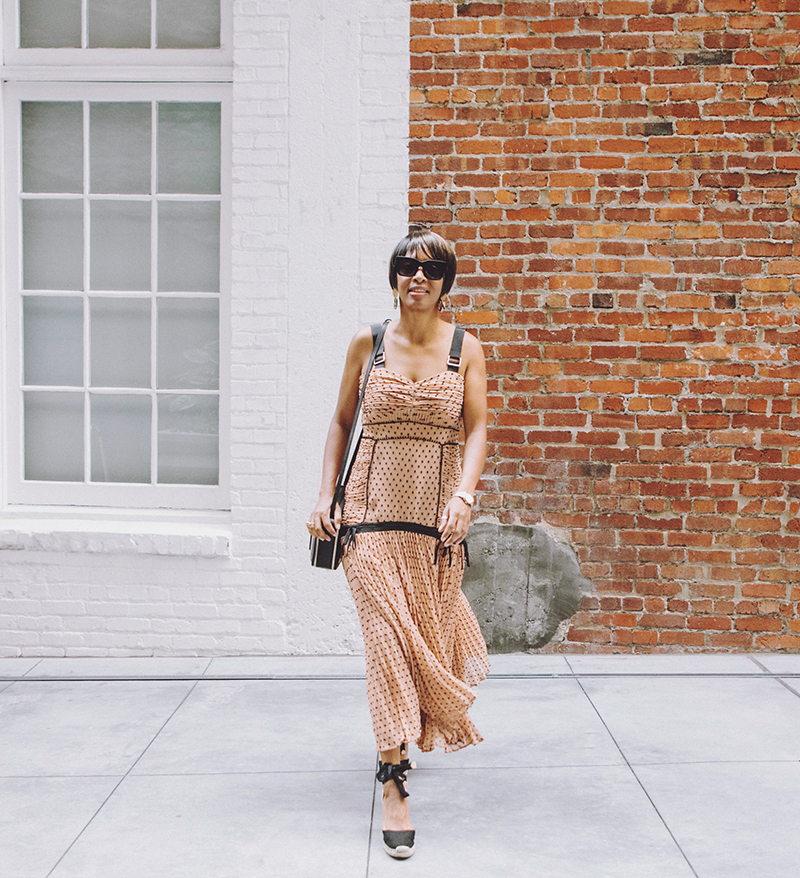 another day, another dotted piece. but this one i’ve been waiting to wear for so long. i initially bought it from farfetch for my trip to new york in early august. i scored this dotted self portrait dress from farfetch and while it’s not my typical style, there was something about it that was intriguing to me. it felt feminine (with the dots) and edgy (a nude background and black trim) at the same time. i couldn’t wait to wear it for a saturday in central park having a picnic with friends, drinking wine, people watching, and catching up on each other’s lives. welp, it poured that day, and when it did clear up, i was afraid the skies would open up again so it never saw the outside of my suitcase.

so a few weeks ago, when it was an actual warm(ish) day in san francisco, i put on the dress for an early day at the moma. i saw the magritte exhibit again (it’s there until october 28) and since julia and i got there right when they opened, we could wander around in the richard serra sequence sculpture alone. what i love about this dress is while it has warm weather vibes, it’s also perfect for cooler weather with a blazer, chunky sweater, sneakers, and boots.

a quick note about this bag: i had been eyeing a summer-ish bag since march and if you’ve read this blog for a while, you know i carefully consider choices before making an investment. i haven’t been into some of the recent bag trends like the cult gaia, straw bags, or bucket bags and really wanted something two-toned after seeing . i did have my eye on a similar bag to this by pierre hardy, but after seeing this bag at barneys, i was sold. it’s from want les essentiels, founded by twin brothers byron and dexter peart of montreal was originally started as a mens line and inspired by architecture and their love of travel. while the brothers recently sold their stake in the brand, the line continues on with the same tenets they set forth and with an extensive line of bags, footwear, and accessories for men and women. the abundant storage (one side has card slots, the other has a large open area for bigger items like sunglasses or a cosmetic case) and interesting details (their signature is the gold & silver zipper) really sold it for me. you can find want les essentiels at barneys, zappos, nordstrom, and shopbop/east dane. 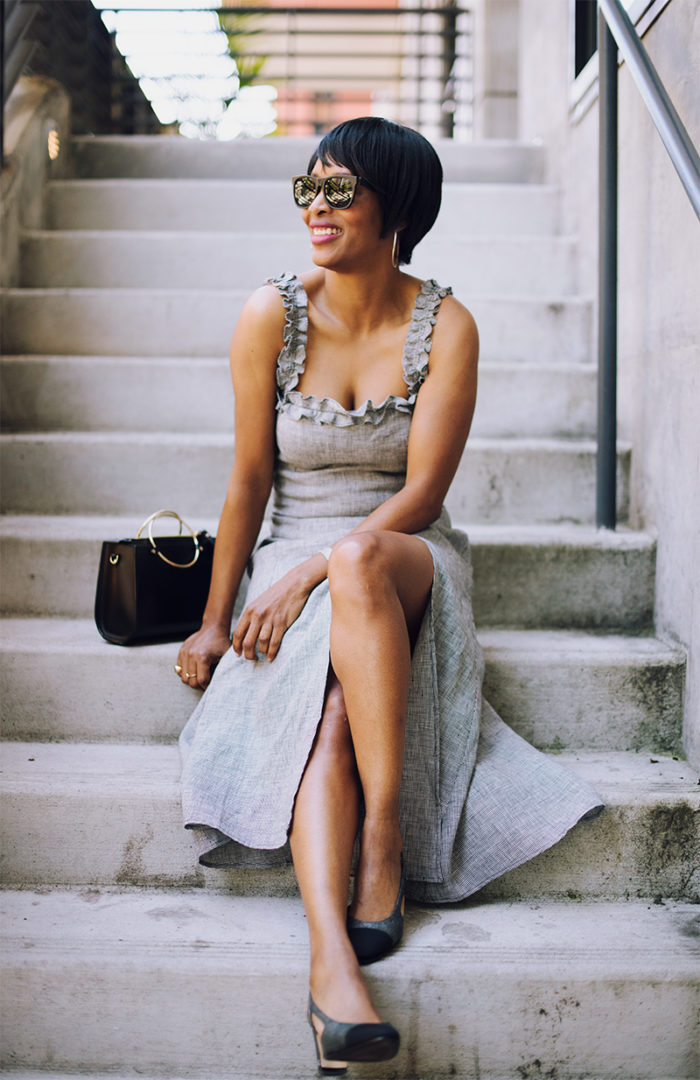