the new look: herringbone and camo.

i mentioned this gorgeous blazer by laveer back in november, and i realized even though i’ve worn it many times since then, it’s never made it onto the blog. i picked up at the santa barbara boutique dressed on my anniversary trip, and it’s become a staple with its herringbone sleeves and subtle camo body. dressed is stocked with so many of my favorite designers, like phillip lim, alexander wang, iro, equipment, veronica beard, kenzo, and proenza schouler (photographic evidence here). plus they have a cool blog featuring new arrivals, trend reports, and santa barbara happenings.

laveer is the brainchild of former shopbop fashion director kate ciepluch who was on a quest to find the perfectly tailored outerwear piece. the collection has amazing details like menswear style pockets, crested metal buttons, and leather trims, and even better, comes at a reasonable price point. locally, you can find laveer at the grocery store, neiman marcus, and barneys, and online at shopbop, nordstrom, and elyse walker (like the solid black version of my jacket on crazy sale!) 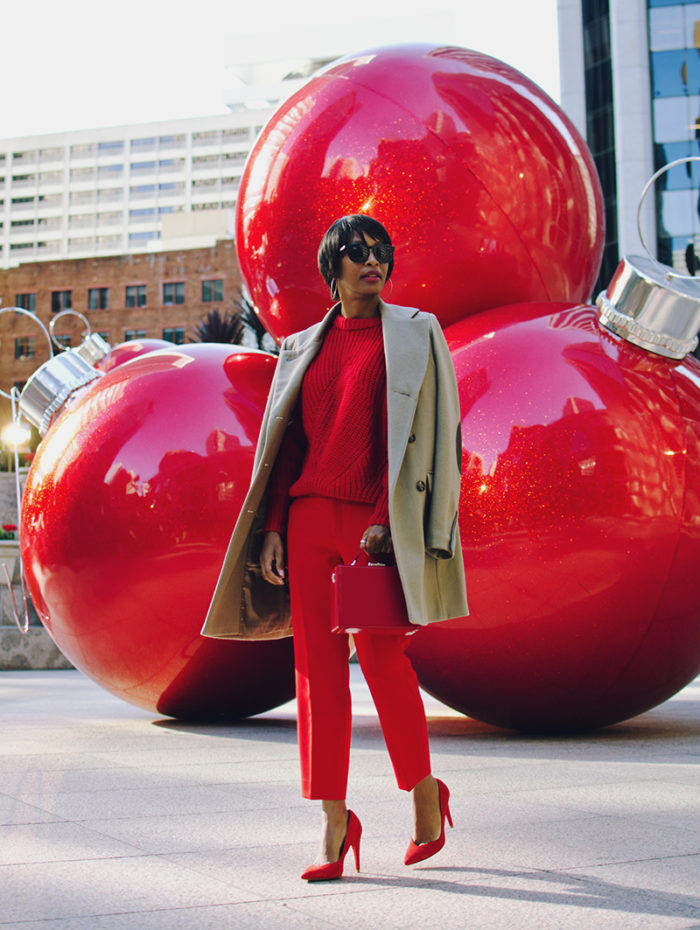 the new look: shades of blue.