céline, dior, and fashion in the year of the woman. 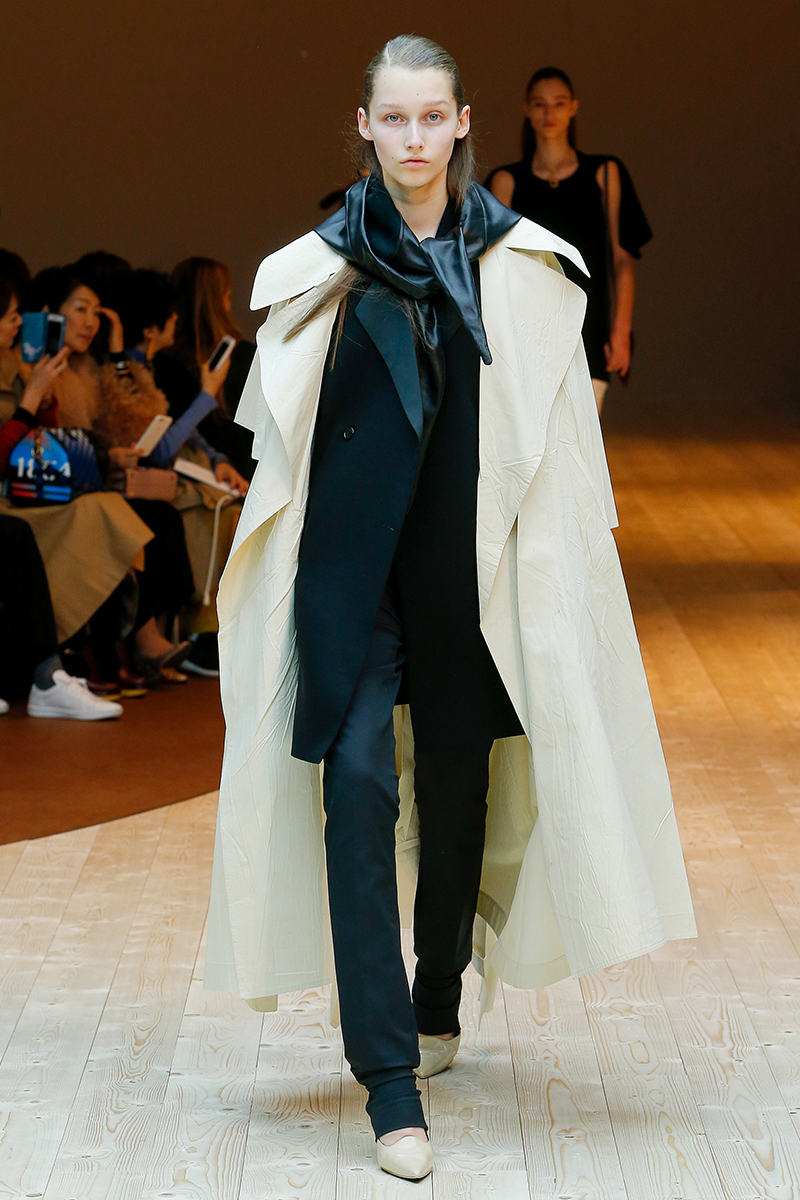 sunday right before the sag awards, lvmh announced that hedi slimane was taking over as creative director at céline. “taking over” is the appropriate phrase here, because as vanessa friedman of the new york times put it, “he’s everything;” his official title is artistic, creative, and image director and his role will be extending to men’s, couture, and fragrances. it’s quite the 180 for a brand that’s been known for dressing the modern woman under phoebe philo and an interesting choice considering the what happened the last time he helmed womenswear for saint laurent (his doing). ysl was known for looking at women in a confident, chic, sensual way, and slimane’s version of the brand was anything but. phoebe philo ushered in a new way for women to dress and a new level of confidence that as we know had a ripple effect throughout the entire industry. you couldn’t go into a topshop, zara, h&m or even gap without seeing some céline knockoffs. céline was the un-designer designer brand, the material embodiment of man-repelling wear.  brands like the row, isabel marant, tibi and  valentino, helmed by maria grazia chiuri (and current head pierpaolo piccioli) emerged. 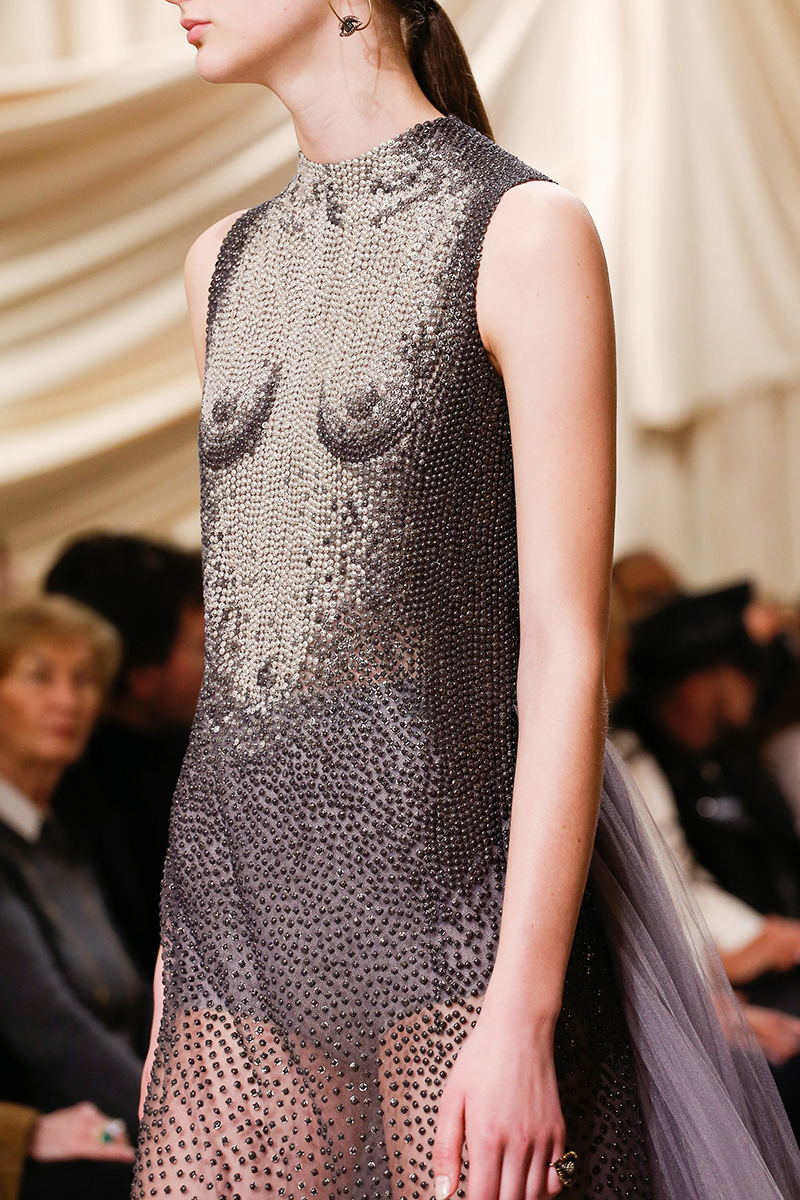 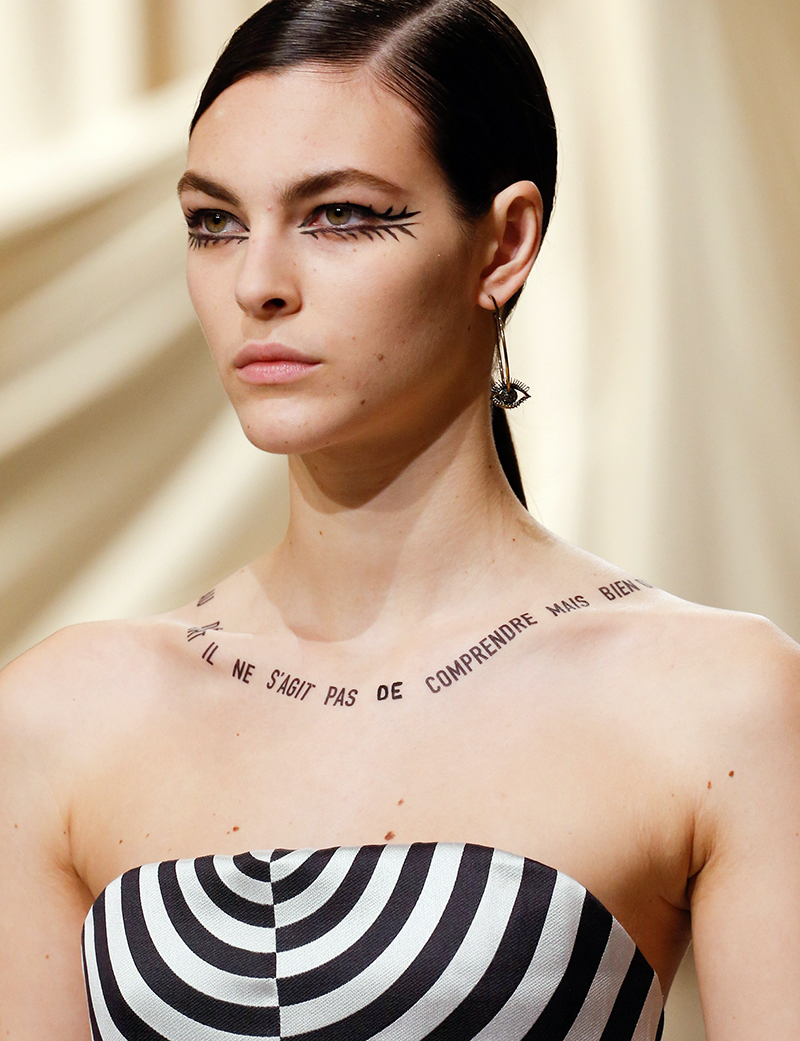 céline was one of those brands that dressed women. and dior, under chiuri, is doing the same, albeit in a more overtly political way. yesterday’s couture collection was inspired by surrealism, specifically the writings of andré breton and the art of leonor fini. surrealist iconography dominated the scene, from the mirrored entrance and checkerboard set to the masks and trompe-l’œil touches, but it was about the woman as a powerful force. most of the looks were black or white, some with lots of transparency, some with visible cages (a reference to another surrealist motif, the birdcage), some structured takes on suiting. essentially, something for every kind of woman, if she’s comfortable embracing her sexuality and sensuality, and those more traditional.

slimane is taking over céline in a time when the power of a woman is more palpable than ever, in the age of #metoo, time’s up and the call for diversity growing louder by the day. the guy who famously banned a noted female fashion critic from his shows and known for a decidedly young, l.a androgyny aesthetic may find it challenging to succeed in a place where women expect intelligent, un-hollywood clothing. did the time away from fashion given slimane a newfound maturity? we’ll see in a few months…

photos via vogue and now fashion

the details at lanvin.