if you’ve followed this blog for a while, you know i am a huge fan of reed krakoff. the designer, who built coach from a $500 million brand to a $4 billion dollar brand, then left to start his own higher-end line. it wasn’t overly expensive—bags started around $500, which is where alexander wang and phillip lim sit. unfortunately the line never seemed to catch on with retailers, critics, or shoppers and it folded after a few short years.

now krakoff is back with reed, a collaboration with kohl’s that’s not part of their designnation brand (which may or may not continue), but a standalone line. when the collection was announced back in november, i thought you’d see krakoff taking a fresh approach to the mass space. well now that it’s here, it’s literally his main collection now priced from $15-$130, which is a bit of a letdown in a few ways.

while i applaud that krakoff is back, i think of the people (like myself) that spent 5 times (or more) on the real thing. you spend the money on luxury items to get just that—the luxury of them. krakoff’s original line had bags in that sweet bag pricepoint—the $500-$1000 range—made of beautiful leathers and exotic fabrics. and when it comes to a mass produced partnership, i don’t want to see the same thing i paid for dumbed down. the idea behind these types of collaborations (think h&m’s partnerships with balmain, marni, and stella mccartney or eddie borgo’s recent collab with target) is for people to get the look, but also for the designer to experiment with new ideas within their aesthetic, which i was i was hoping for. maybe this is kohl’s is hoping to halo off the buzz of the krakoff name, but based on lack of success of the line, many mass shoppers probably don’t know who krakoff is. did you? (you can check out past runway collections on vogue.com)

the full collection is available on kohls.com and will be in-store starting thursday, but if you really want a piece of reed, i’d suggest bypassing this and finding the real thing. there are new and pre-owned bag styles on yoox, saks off fifth, overstock, the real real, or tradesy (including the one i had, the two-toned boxer for about $400). yoox and off fifth also have some of the clothing, which was made from gorgeous silks, cashmere, and leathers. think quality over quantity, and in the meantime, i’ll be holding out hope for when krakoff relauches his collection for something better than this. 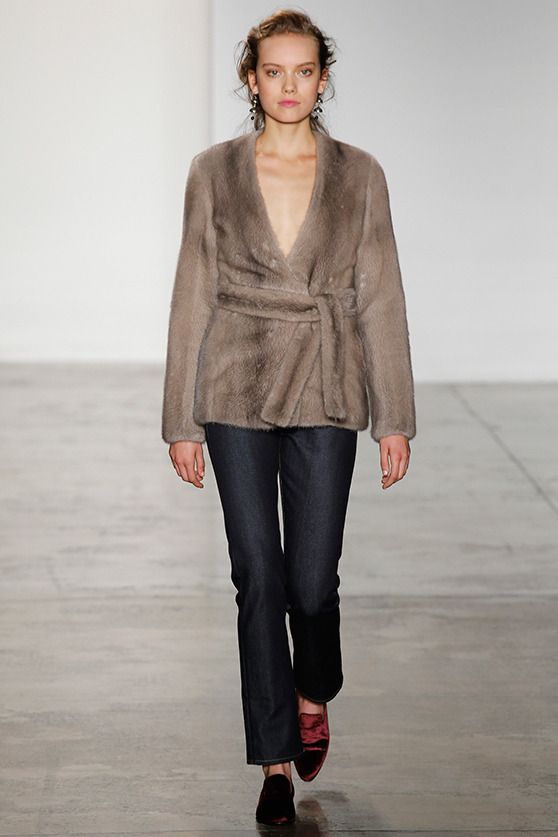